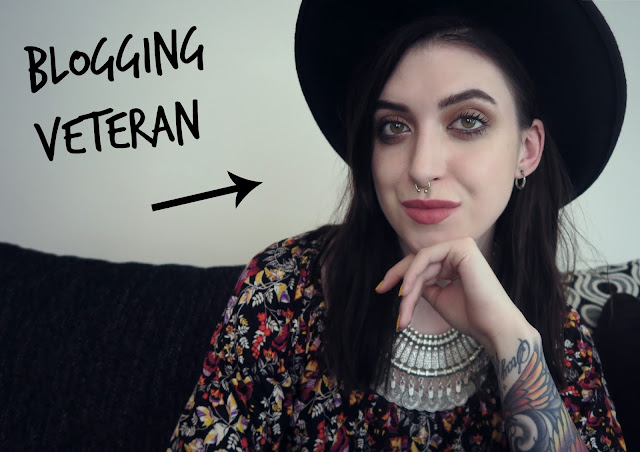 This month marks my blog's 6 year anniversary - can you believe it! It seems like only yesterday 16 year old me was sitting down at her desk, swamped in fashion mags, trying to think of a cool name for her very own platform. I always joke to people saying I'm a "blogging veteran" now, as I've seen the industry grow and boom since my beginnings in 2009 and I feel like I've learned many things about not only the media and blogging but also myself as a businesswoman over the years.

When I began blogging, I was like every other naive teenager. I started to dislike school and became frustrated at the lack of resources I could delve into when it came to my interest into fashion. Blogs became my holy grail, alongside magazines. I started blogging as a hobby after reading an article about it in ELLE; if you had said to me then that it would become my full-time career at the age of 20, I wouldn't have believed you! Who would have thought blogging would explode as it did and take the reigns of the fashion and media world within a handful of years?

It's been some journey, I can tell you that. I've had extreme highs and extreme lows. I've been given the incredible opportunity to travel but I've been exposed to cruel cyber bullying. I've made amazing friends but I've learned to not trust everybody that crosses my path. I've built up amazing contacts and had life-changing experiences but I've been knocked down and excluded many times too. It's all part of the parcel and I believe all of my experiences - good and bad - have helped me to stay focused and grounded in the blogging world today.

The blogging industry has only started to be taken seriously over the last few years and I thought it'd be encouraging to share 6 of the biggest lessons I've learned through my blogging journey so far. 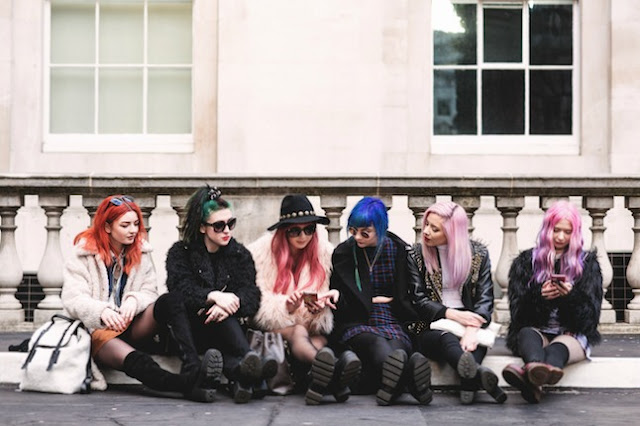 CLIMBING UP THE LADDER IS SLOW - BUT WORTH IT

It took me YEARS, and I mean years, to build up a respectable reputation in the fashion industry here in Ireland. When I started going to events as a teen, I was so petrified, my Nana would have to come with me to physically encourage me to step in the door and talk to people. Trying to network in a room full of people who've established themselves already, who are new to the concept of blogging and are confused as to why a 16 year old is pottering alongside them, is bloody scary.

I was adamant to prove myself to people nonetheless and through various internships and forcing my anxious and shy self to network, I built up my reputation gradually and can now say I've made some truly brilliant friends and contacts who work in all areas of the industry here, and abroad.

I realised early on that there's no easy way to get to the 'top' and starting from the bottom of the ladder (making cups of tea, running errands, taping shoes on photoshoots) will benefit you hugely in the long run. Show people your interest in whatever it is you're doing and don't be afraid to step outside of the box now and again. Stand out because it'll stand to you. 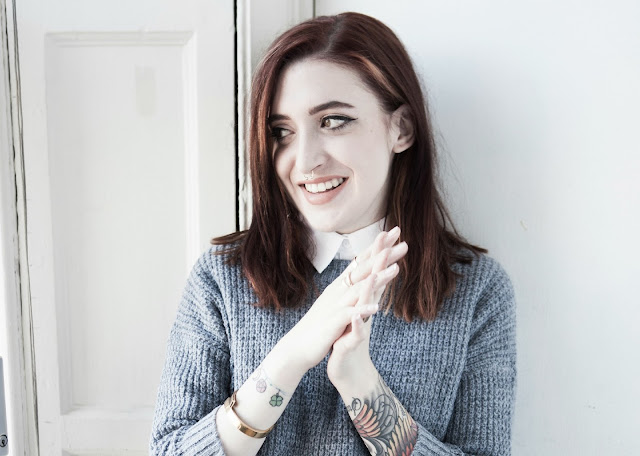 BLOGGING FOR GENUINE REASONS IS KEY

People start blogging for many reasons but knowing they're genuine reasons is crucial in becoming successful. I've touched on this subject before in my huge post on 'how to become a successful blogger in 2015' but it's so important to delve into something because you LOVE it. I've seen so many bloggers flop over the years because event invites and "free stuff" became their priority, not their content. Readers and brands are clever; not only can they see through someone pretty quickly but fellow bloggers and industry people can notice it immediately too.

I always say to people who ask me for advice when it comes to blogging, that staying true to yourself is incredibly important. I've built up a niche, a niche people and brands can recognise instantly. I cannot stress enough how vital it is to make something about you and your blog stand out amongst the others. Your dedication to your blog, genuine content and a healthy relationship with readers, brands and fellow bloggers is far more important than any "free" lipstick. Trust me. 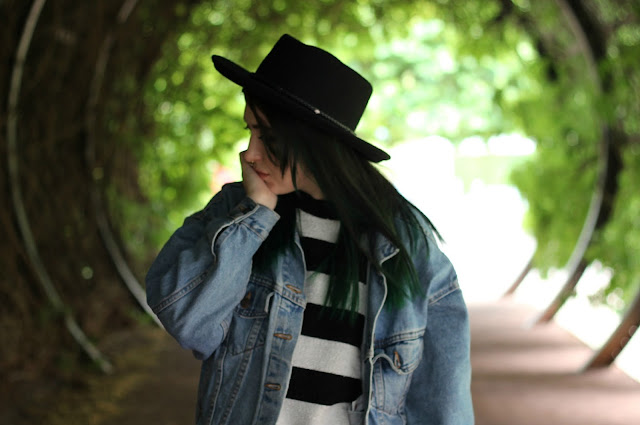 SAYING "NO" IS OKAY

I'm extremely strict on what sponsored jobs I work on because I know staying true to myself and my readers is more imperative than any amount of money to me. I've been offered great deals to advertise and promote things such as fake tan and waist trainers but because they have no relevance to my blog and I hold no interest in them, I decline the offers - regardless of the offered fee.

It took me years to learn how to and build up the courage to say no. Declining things is perfectly okay. Initially, I accepted everything and anything and was scared of pissing off PR's and companies. Only in 2013-14, did I realise that brands genuinely don't mind if you don't take an offer on board because they'd rather you had an interest in it  - plus, they can find another blogger within minutes. Knowing what works for you and your blog will build up a great trust between you and your readers.

You need to know your worth in this industry and unfortunately people can try and walk over you to benefit themselves or the brand they're working for. If an offer doesn't sit well with you or you feel like it just isn't "you", decline politely. You're only going to be stuck writing about or featuring something that you've little interest in and that your readers will probably question. It isn't worth it. 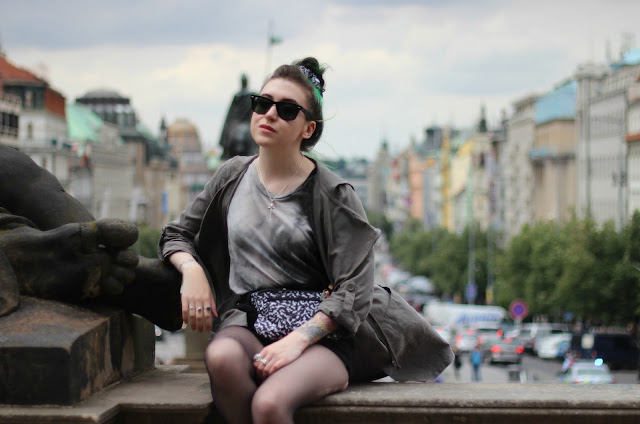 BREAKS ARE HEALTHY FOR THE MIND AND BODY

This is also a lesson that took me ages to learn and embrace. Taking breaks from blogging is allowed. Whether it be because you're ill, inundated with college work or you're just feeling a tad uninspired and want a week or two off, taking a break from your blog work and stepping away from it all is perfectly fine. I've taken many breaks over the years and they always benefit me in the long run.

Nobody is going to come to your door with pitchforks for not having a blog post up one week. Yes, some readers may be a tad confused but if you address that you're taking some time off (for whatever reason) most people will understand and leave you be. I've been quite ill this month and I took a break from blogging and social media for a week to re-cooperate and I woke up feeling like a new woman this morning and ready to jump back into everything. It's necessary to give yourself time off if you're ever feeling run-down or uninspired; your physical and mental health are a priority and remember, people in other types of jobs can take sick days and holiday time off, so so can you. If you have deadlines coming up, get them out of the way and plan when you're going to have your "me time" in advance so you don't end up in a mountain of angry emails. 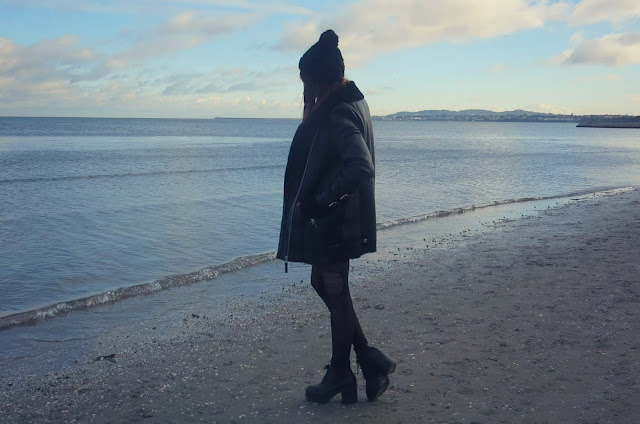 I left my retail job back in 2013 to start blogging full-time and while it was quite a big leap to take, it was the best thing I could have done to boost my career. However, over the years it's become tough managing everything on my own. Earlier this year, I became overly-stressed about managing my blog and my finances. I have dyscalculia so anything number-related sets me into a frenzy immediately and makes me feel sick to my stomach with confusion. I found doing things like tax and budgeting by myself, extremely stressful and overwhelming.

I decided I needed a manager once and for all to help me out when it came to everything; career advice, tax, fees and being the middle-man when it came to negotiations. I finally found a fantastic manager during the summer and it has been the biggest weight taken off of my shoulders. I expressed my worries to her and why I felt I needed a helping hand and she was more than understanding. I instantly felt relieved that I had someone there to support me and offer guidance.

I asked for help and I wish I had've sooner. Being self-employed in such a new industry at 22 can be really quite frightening at times but I felt it was time to admit that I just couldn't do it alone anymore. Asking for help, whether it be professional help or from a fellow blogger, is totally okay and it doesn't mean you're weak. It took me a while to realise that I'm human, not a machine. 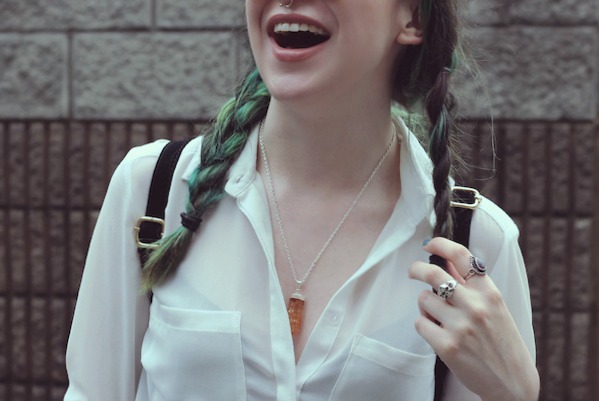 Over the years, I've started many a different blog series and ventured into topics that didn't necessarily "fit" into a fashion blog, as such. Most were welcomed; I've learned that it's important to try new things and I know it's fine if certain projects don't work out for me. Keeping thing fresh for both you and your readers is key to keeping a blog alive, especially if you've been doing it for years.

It's important to keep things exciting in blogging generally, as it's become an over-saturated industry and people can become bored of the same thing, day in and day out. I'm lucky that my readers enjoy the likes of my outfit posts but they also love reading posts like this or pieces on everything from body image to my surgery. I've built up a very loyal readership over the years and they've been great in allowing me to try out new things here and there.

I feel that mixing it up on your blog keeps things interesting and as a blogger and blog reader myself, I know I prefer reading blogs that cover an array of different topics. If you feel like your fashion or beauty blog is becoming a bit dull, why not introduce a new topic? People love newness and generally enjoy seeing people dipping their toes into unusual and interesting subjects. I've said this a million times before but you can blog about anything and everything. Whatever your interests are, you can make a blog out of it. Don't be afraid to try something out for a while and if you feel like it hasn't taken off, it's okay to pull back from it - at least you gave it a go!

I've been stuck in ruts over the years and I can get quite paranoid thinking that people are bored of me because quite frankly, I can become bored of myself. I'm never afraid to post a tweet or two asking my readers what they'd like to see more of or if writing a post on X and Y would be useful to them. I know now it's important to introduce interesting content, new social media platforms and ideas to people to keep them engaged in what I do.

I do hope this post was useful to some of you. It was really quite tough trying to whittle it down to only 6 points, as I feel like I could write a book on blogging at this stage! I want to say a gigantic THANK YOU to all of my readers for being the most loyal, engaging, friendly, interesting and kind people to me since 2009. Here's to many more blogging years!