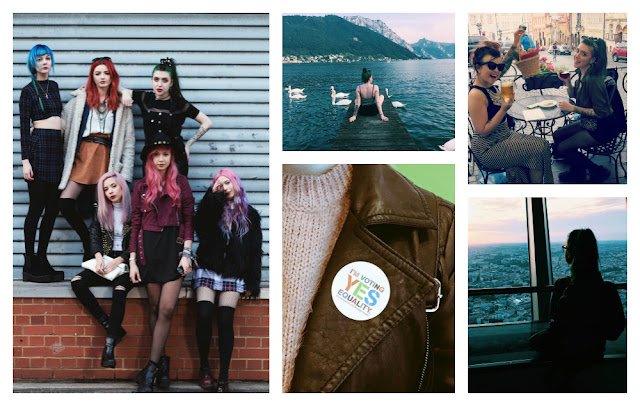 2015 was quite a year for me and I thought I'd hop on the bandwagon and throw together a reflective blog post on my experiences and what I've learned from them. Although it was quite a rollercoaster of a year, I feel as though my 22nd year on this earth was a milestone for me. I've grown as a person, I've wised up, my priorities have changed and my sense of adventure has grown.. 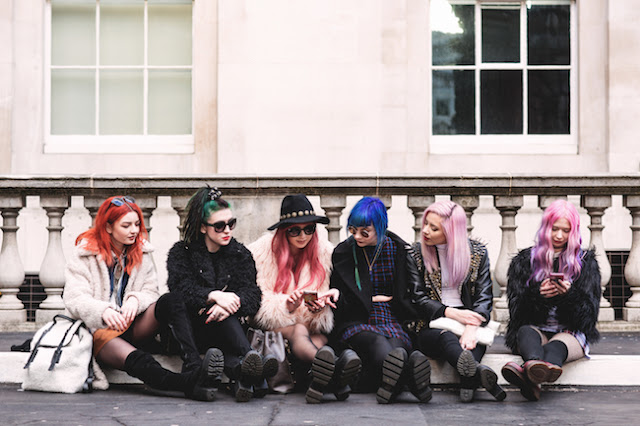 2015 was the year I hung out with my close blogger friends quite a lot and formed some really close bonds with them. Kayla, Amy and I in particular talk every single day now and I can honestly say I don't think I'd have half of the strength or enthusiasm to continue blogging at times, without them. They're two friends I've made through this job that I'll no doubt have for life.

Interrailing with Helen this summer was a dream come true. Blogging has brought me many a fun perk but the opportunity to travel has been my biggest achievement so far, as it just wouldn't be a reality for me otherwise. Helen and I travelled around Europe for a fortnight; we explored cities, slept on 'Harry Potter trains', ate (a LOT of) amazing food, swam with swans in a divine lake.. and of course, we went to Disneyland (another big first for me)! It was an adventure that'll always be in my heart and I'm so glad I got to experience it with such a fantastic, funny and genuine friend. 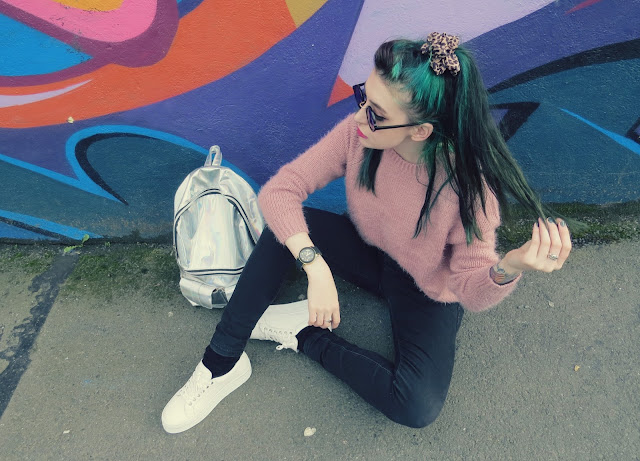 I know it sounds a tad silly but finally dyeing my hair green was a big highlight for me this year. I've wanted green hair for years but never took the plunge - mainly due to knowing how damaging it would be for my painfully fine and crappy hair. I was right anyway and had to dye my hair back to a "normal" colour after a few months over how brittle it had become. Sigh. Miss u..

2015 will stay with me for many, many reasons but the main reason it'll remain in my heart is because my beautiful country made history this year. May 23rd was possibly the greatest day of my life so far: Ireland voted an overwhelming "YES" for same-sex marriage to be legalised.

We were the first country ever to legalise same-sex marriage by popular vote. I campaigned for months with friends and family, in person and online. It was one of the most draining emotional, mental and physical experiences I've ever lived through. Knocking on doors, campaigning alongside homophobic 'No' campaigners, listening to prejudice and ignorance day in and day out in the lead up to the vote is something I find hard to describe, still to this day. It was so bloody worth it though.

I was at Dublin Castle for the live announcements on May 23rd. We were there for 9-10 hours if I remember correctly but it was honestly such a beautiful and exciting day. The overwhelming Yes results were coming through since that morning so the sense of pride and happiness all over was magical. I remember leaving the Castle after the announcement and dancing on the streets with thousands of other people: a memory that'll I'll keep close forever. (That magical moment.)

Next up: abortion rights for women, repeal the 8th amendment!

I've been going to festivals for a number of years now but 2015's were the cherry on top. I returned to my favourite Irish festival, Body and Soul, which is always a treat. The two big festivals I attended were Download and Reading in the UK, which were both teenage dreams of mine. I saw everyone from Bring Me The Horizon, Slipknot, Marilyn Manson, Wolf Alice and Mötley Crüe live. I even met Frank Iero, Vinnie Paul and While She Sleeps - which is always a festival pinch-me moment!

The greatest festival experience of all was being headhunted out of thousands by one of Metallica's tour managers to join the band on stage at Reading. Myself and my friend Eoin joined other Metallica fans on the main stage for just over 3 hours in front of thousands upon thousands of people for the entire set. It was by the far one of the most amazing, surreal and bloody terrifying experiences. Again, something that'll stay with me for life. (You can see us behind the band in this video.) 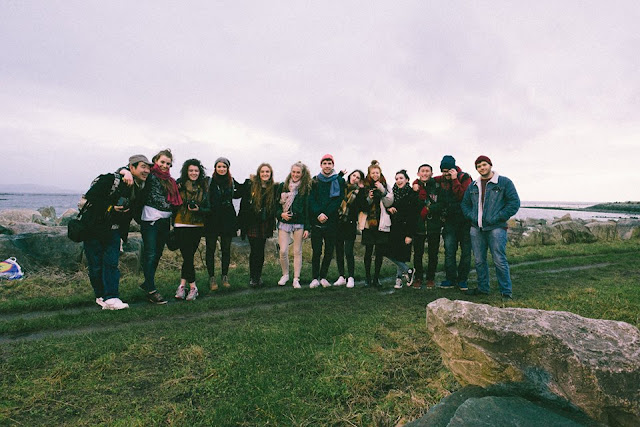 My sheer enjoyment of college, my course, the experiences it has brought my way and the best friends I've made through it has been a colossal highlight of the year for me. My course feels so 'right'. I can't believe I'm halfway through my degree already - I'm so proud of myself! Being in art college is exactly what you'd expect and more - heading in each morning, surrounded by like-minded, creative, open-minded and enthusiastic people is truly a blessing.

2015 was the year I officially caught the travel bug and it only has me yearning for more. I visited everywhere from Paris, Glasgow, Berlin (twice!), Prague, Gmunden, Belfast, Amsterdam, Galway and always my beloved London a handful of times. I'm determined to make sure that 2016 is going to revolve around more travelling and I can't wait to see what my next adventure brings.


I decided to talk about a few low points of 2015 and although each of them were negative experiences, they were huge learning curves for me and have no doubt changed me as a person.

The worst part of 2015 for me was when my Granddad fell ill at the start of the year and was admitted to hospital. He was unconscious for three weeks and ended up staying in the hospital for ten. As many of you know, my grandparents are like a second set of parents to me. I'm extremely close to them and see them at least once a week. It was a crippling time for all of us.

My Granddad miraculously survived - and when I say miraculously, I mean miraculously because even his nurses are still baffled to this day. He's doing so well now and I appreciate him and my Nana even more because I'm aware that every minute is precious with them. I don't know what I'd do without my Granddad and his Shakespeare reciting, Italian-everything obsession, nightly crossword puzzles and stories of his band and music days gone by. You rock, John! 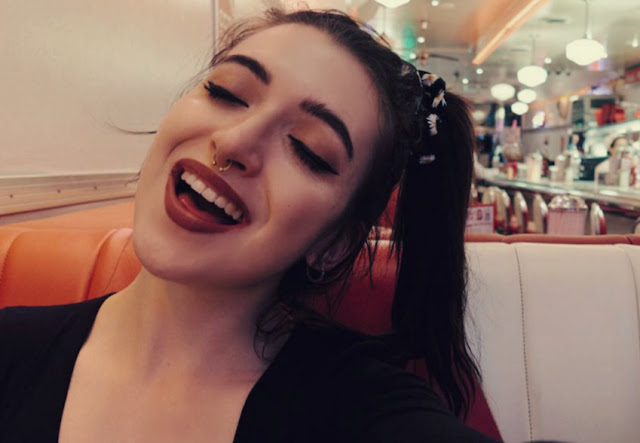 Possibly one of the biggest punches of 2015, was how alarmingly bad my anxiety disorder got. I've suffered with depression and anxiety since my young teens (I've discussed this openly many times before) and it's something I've always just put up with. I've always been a person who's forced themselves to just DO things and involve myself, pushing my anxiety and fears aside, because I know an opportunity might loom before me. That just wasn't the case this year and I ultimately said "No" to so many wonderful things. I became too scared to even leave my house, get on a bus or enter a shop because I knew at any second it'd all get too much for me and I'd have a panic attack.

The latter half of this year has gone by in a blur if I'm being honest. My friends and family have helped me through a lot and I've thankfully finally found a solution that has helped me and my disorder, that makes me feel that little bit more human each day. I hope I can build up the courage and confidence to say "Yes" again to opportunities in 2016 and that this is just another bump in the road that I'll manage to stumble my way over and conquer. 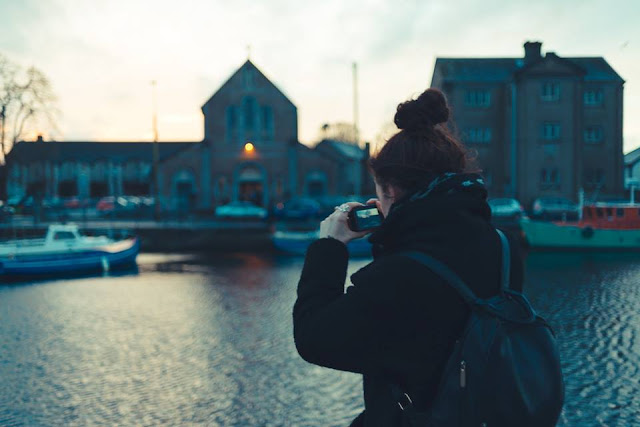 I wanted to end on this point because although it's in my lowlights, I feel it's also ironically been an eye-opener for me. I discussed this briefly here but this year, I went through a sort-of "blog identity crisis". I've been blogging since I was a naive 16 year old - 2015 marked my sixth year doing all of this. Blogging has changed dramatically since I began and I feel 2015 has been quite a big year in terms of changes (good and bad) within the industry and the direction it's going in.

I feel like blogging has become very 'polished' and I think a lot of the relatability has been lost because of it. We started blogging to relate to people, to discuss our interests and share what we love - and to detach ourselves from the overly-fake glossy magazines and celebrity culture we were constantly being forced to look at and obsess over. I think the lines have blurred dramatically between blogging and the "glossiness" of a fake reality this year and I worryingly think that blogging and as bloggers ourselves, we have lost our edge and realness, as such.

I started to hugely doubt myself and my blog this year. I've always been open about my work ethic and how I confidently say no to collaborations that I don't think would work for me or my readers, regardless of payment opportunities - and although this has cemented the trust between myself and my readers, it has also slowed my growth as a blogger. It's mind-boggling to think about, really. I thought authenticity would surpass things like money and a longing for "online fame" but 2015 has proven the opposite and that started to really chip away at me and my confidence. I started questioning whether or not to continue blogging - were people bored of me? Was I bored of myself?

I won't be changing my ethics on this anytime soon, regardless, but I will be changing things up for the coming year, as I'm bored and frustrated at what blogging has become. I'll be writing a blog post on my 2016 plans and goals at the end of the week but for now know that Thunder and Threads will still involve fashion and your beloved wishlists etc but it's going to go back to basics and what I think a blog should be in 2016 - honest, creative, inspiring and relatable.

I've doubted myself, compared myself and put myself down so much this year, that it's given me a new lease of life and has lit a flame in me to go into my seventh year blogging feeling even more determined than before. I've learned that moments of self-doubt can be a blessing.

2015 was a tough year. There were extreme highs and extreme lows for me. I've learned so much about myself in the space of 12 months. I know that 2016 will be full of positivity, reflection, adventure and happiness - regardless of whatever life throws at me - because I know I'm strong enough to get through it and have support around me. Thanks 2015 - you've been a wild one!