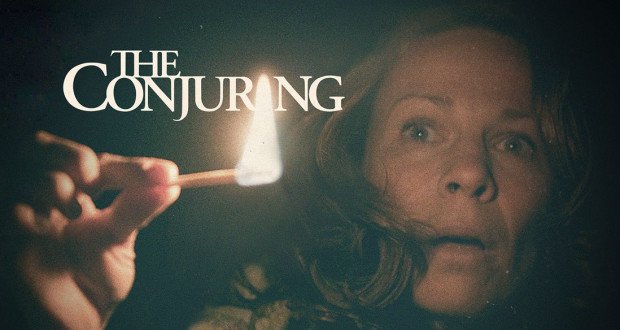 I'm sure you're all aware by now that I'm a lover of all things of a paranormal and spooky nature. Paranormal horror movies are an obsession of mine; I've a collection of favourites that I watch again and again. However, over the last few years there's been a lack of decent paranormal horrors released in cinemas. My favourite horrors tend to revolve around exorcisms and hauntings; I always love seeing how writers and directors approach such stories - especially if they're true stories, as The Conjuring is.
I attended the preview screening of The Conjuring in Cineworld a few days ago and felt relieved to have FINALLY seen a decent new horror. I've never written a film review on this, I think, so I felt it'd be a good time to start doing so. I adore going to the cinema, so why I haven't started reviewing films already is beyond me!
The Conjuring is based around two families; The Warrens and The Perrons in 1970. It involves The Perrons moving into their new home and suddenly experiencing paranormal occurrences. The Warrens are paranormal investigators and researchers, who step in and try and help the Warrens out with their case. Without giving much away, there's a heap of "OH MY GOD!" and jumpy moments for the average movie viewer, but if you're like me and are obsessed with and have seen a gazillion paranormal horrors at this stage, don't expect to be jumping out of your seat with fright/ shock constantly. The twists and turns are generally entertaining, although one or two were predictable.
The acting overall is brilliant, especially from the younger children. I loved seeing Ron Livingston in such a movie, as I'm so used to seeing him play a WWII officer, Lewis Nixon, in my beloved Band of Brothers. Actors have it extra-tough when playing possessed characters - whether it be the body language, body movements or overall cray-cray, it takes a lot of work and talent. It was refreshing to see a chunk of actors playing their parts well and brilliantly in such complicated roles. 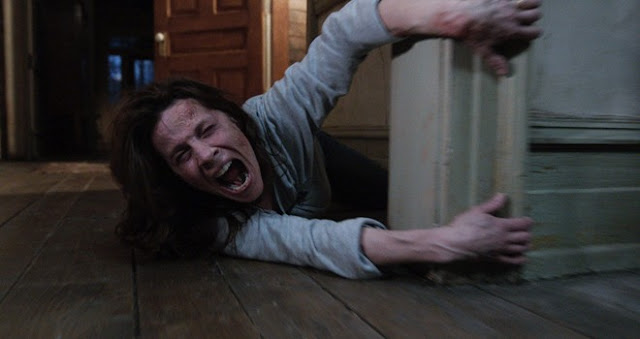 I'm quite a sucker for "based on a true story" films, and spend hours upon hours hunting down information on the real cases after seeing the films (The Amityville Horror and The Exorcism of Emily Rose true stories are favourites of mine). I highly recommend reading up on the case The Conjuring is based on prior to seeing the movie, to see how well the people (and their story) is portrayed on the big screen.
The major downsides of the movie for me were the special effects makeup and the ending; I found the makeup to be outdated - the spirits looked 'fake' and  too cheaply made-up for such a good film. The ending seemed rushed, badly drawn-out and far too corny "Hollywood". I won't deny the fact that I'm a lover of unpredictable, sometimes fatal endings!
All in all, I really did enjoy it. I'm going to head back for a second viewing, which says a lot. Usually horrors are all thrown at us around Halloween time, so it was nice to see one being released that bit early to give it a better chance. If you love horrors, thrillers and a good spook, you'll definitely get your money's worth after seeing this. Overall, I'd give the movie 8/10! A sequel to the movie has been confirmed, so my disappointment in the ending might just be amended after all.