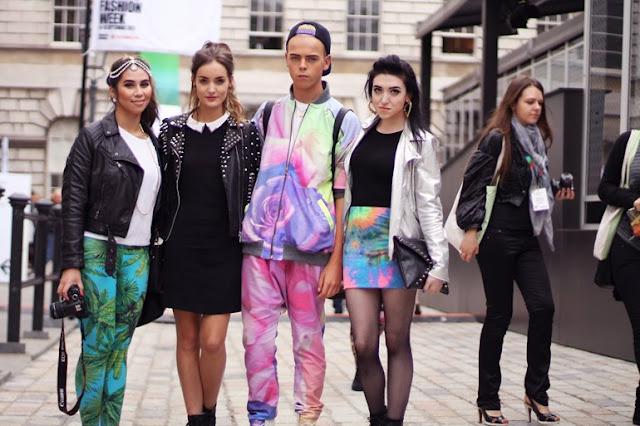 September, the fashion month is officially over - for the last four weeks, we've seen New York, London, Milan and Paris showcase their collections. We've seen everything from Roman soldier prints, to metallics to monochrome. Spring/ Summer '13 will certainly be an exciting one! For the second time this year, I attended London Fashion Week three weeks ago. Fashion week in London's Somerset House is literally like being catapulted into another realm, a stylish realm. After attending it twice, and experiencing both the highs and lows of the week, I think it's time I shared my five fail-proof tips with you all. For anyone who is keen on attending fashion week in the near future..

Apply for your LFW application on the website sooner, rather than later. If you apply at least two months in advance, LFW will send you your own unique code to use for fashion week. On the first day of LFW, you show this code to reception and they give your exhibition pass. If you don't apply early, it isn't the end of the world - you can apply there and then on the day. However, the queues at reception are usually massive on the first morning. This wastes valuable show and street style spotting time! Save yourself the fuss, and apply early.

The LFW website post up an online list of every PR companies' contact details for each designer. This makes life x100 easier for you, as they're handing you all of the info on a plate. Email these PR peeps yet again, sooner rather than later, to apply for show tickets. If you're overseas, like me, give them your UK address (e.g hotel's address) to send any invites out to. Every time I've gone to LFW, I've arrived home to Dublin days later, to find a pile of invites waiting for me - some PR companies don't think to send overseas invites out in advance. Show invites are given mostly on a first come, first served basis - so email the companies the minute the list is posted online! It takes hours upon hours on end to do it, but suck it up and think of all of the amazing shows you might get to see in the end.

If you're planning on wearing heels everyday for fashion week, ALWAYS bring a pair of spare flats with you! There's nothing worse than seeing a glam fashionista, hobbling awkwardly over cobblestones and falling. I usually wear my flats on the way to Somerset House, change into heels just before I arrive at the venue, and then take them right off again the minute I leave. It saves you from getting blisters and sores, which will affect you for the rest of the week! Stick with either a plain black or nude pair of pumps, that way they won't ruin any outfit you've worn.

The greatest thing about fashion week is, that you're surrounded by like-minded people who share similar interests with you. If you're a blogger especially, exchange contact cards with everyone you meet who is also a blogger. It's a fantastic way to build up contacts, to gain new traffic to your website and to also make friends! It's always nice to see a familiar face at fashion week, and a smile never goes unnoticed. The fashion week attendees aren't as scary as you may think, the majority of people are friendly, and will be more than happy to have a chat with you. (It's always great to know someone in the queue for shows also - you never know who might have a spare ticket!)

I mean this in regards to dressing, socialising AND getting into shows. Wear your best outfits, and maybe step outside of your comfort zone a little. There'll be hundreds of photographers and street style bloggers snapping away, so wear something that will get you noticed. If you don't have a ticket into a certain show, chance your arm - by this I don't mean try and run in after the queue, or have a dramatic "My editor will kill me!" faux breakdown at the door. Just play it cool. Go up to the security on the door, ask to speak to the PR reps in charge of the show. Ask nicely if they've any spare seats. Most of them will ask you to hang on until everyone's gone in, and then they'll let a handful of people go in afterwards depending on the spaces. Be nice, be honest and it'll get you further than being a drama queen!

*I'm officially one of four bloggers to write for Diet Coke's Fashion Friday. The monthly posts are published on both my blog, and the Fashion Friday tab on the Diet Coke Facebook page to 1.9 million people. 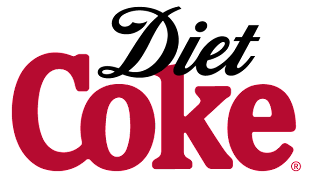