I was planning on doing a video showing these to you guys, but due to not having the time/a fucked up sleeping pattern.. I haven't been able to! I will probably show them in my next Update video as well but sure here they are anyways! I've bought all these in the last 2 weeks, a mixture of clothes and beauty products! I sold my laptop so with the money I planning on buying a pair of leopard-print wedges in Office - but they were furry, and it creeped me out, so I didn't haha! Instead I bought all this stuff, went out on the town with the homiez and spent a ton of money on food.. as usual.

I don't usually spend a ton of money of make-up, but recently I've become more interested in it. I went into MAC with my friend Leila and I ended up spending €52 on a new blusher, eyeshadow and the Lady Gaga lipstick! They're all amazing by the way, amazing colours.
Blush: Sheertone Blush - 'Pink Swoon'
Eyeshadow: Veluxe Pearl - 'Expensive Pink'
Lipstick: Viva Glam Gaga - Lustre 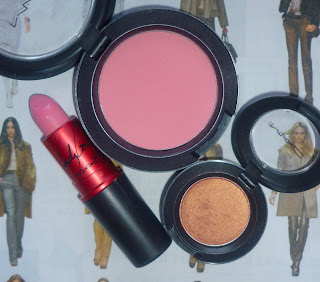 I was in Claires the other day randomly, I haven't bought anything in there since I was like 14 but I fell in love with this leopard-print make-up bag as soon as I saw it! It's a lovely size and there's a mirror on the inside! 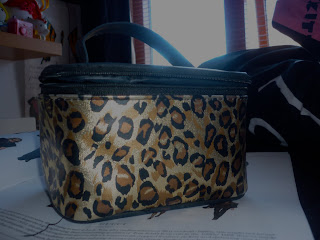 I bought a new leave-in conditioner, I have always used Aussie but I decided to have a go at the new Elvive 'Nutri-Gloss Light' range. I bought the conditioning shine spray, and it's amazing! It's specially designed for fine hair, so it doesn't turn your hair greasy! I also got a bottle of Elnett Satin, I found my Pantene ProV Ice Shine one very sticky so I just bought my usual one. My Nana always tells me how important it is to look after your skin, so I decided to start using an anti-wrinkle cream. Of course, at 17, I don't have wrinkles yet, but I decided to start getting into the habit of using a firming face cream everyday. It will be great in the long run! I bought Nivea's 'Expert Life' cream, a ton of people recommended it to me and the tub it was in looked nice haha. I also picked up a box of eyeshadows in Penneys the other day for 50c, the packaging was cute and it was so cheap - so why not! 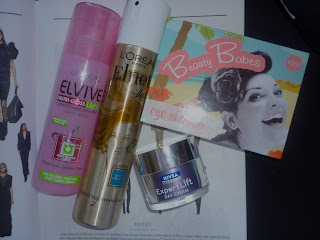 The biggest bargain i found was in Topshop, I saw the most amazing pair of skinny jeans - baby blue with white polka-dots! They were €15 reduced from €68... I couldn't believe it! And with my student discount, they were another €2 cheaper. I adore them! 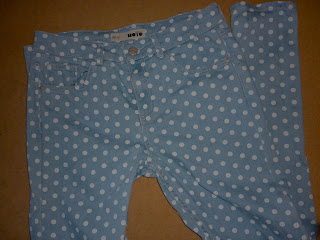 To all Clash fans, I recommend you go out a pick a copy of this magazine up now! I never buy Uncut magazine, or any music magazines really, but a friend told me about this so I had to buy it! It has an exclusive interview with Topper, Mick and Paul about the anniversary of Sandinista! Even better, you get a free 'This Is Radio Strummer' CD, which includes 15 tracks Joe played on his radio station. Amazing! 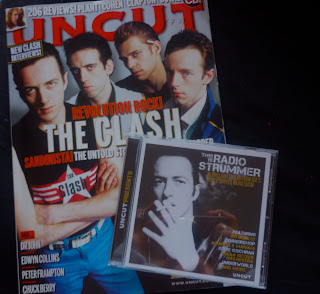 I also just want to say a huge thank you to everyone who joined the Dublin Ink page and who spread the word around - I'm getting my tattoo next Sunday! I'll post pics after! (:
Labels: haul mac makeup