Yesterday I got home from an amazing school trip to Prague. I'm in the school choir and we went to Prague to take part in the Young Prague Music Festival, where choirs and orchestras from all over the world come over to perform and compete. I went previously 3 years ago and was raging I didn't take much photos, so this time round I took over 200!
Prague is definitely one of my favourite places, the architecture is out of this world and all the traditional values they have. The weather when we were over there was hilarious, one minute it was roasting and the next there was thunder and fork lightning! None of knew what to wear/expect haha!
Our choir performed on the Friday. We sang The Vicar of Dibley, Evening Breezes, Vois Sur Ton Chemin, Danny Boy, Laudamus Te and The Heavenly Airplane. It went really well and we got awarded an Honorary Achievement Award!
We went on a tour around Prague and it was brilliant, we saw the Royal Palace and the famous Charles bridge... and a couple of really hot Spanish guys. Haha
Shopping was on the Saturday and I shopped like someone from Mission Impossible, I spent every last penny on clothes! I bought 2 military jackets, one from H&M and one from Zara. A linen khaki shirt from Zara and loads of clothes in New Yorker and souvenirs! We went to a market in the town square and it was incredible, there was a clock tower there and on the hour, every hour these little figurines would come out of 2 little windows, it was brilliant!
Overall it was a brilliant holiday, apart from being delayed 2 hours in Stansted airport and the rain... it was great! I would recommend anyone to visit Prague, especially if you're interested in art and culture.
I took hundreds of pics, but here are some of my faves... 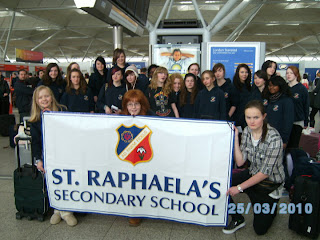 All of the Choir in Dublin airport, ready to go to Prague! 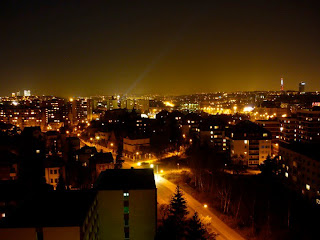 The amazing view from our hotel room! 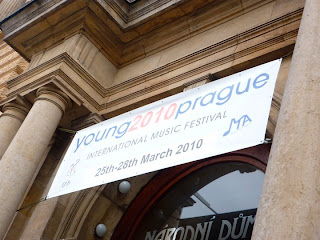 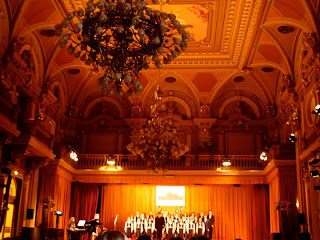 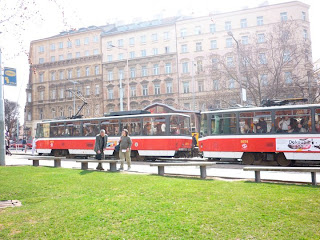 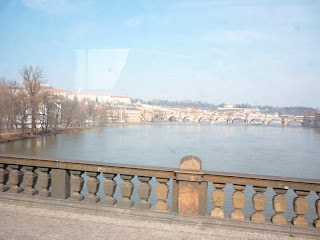 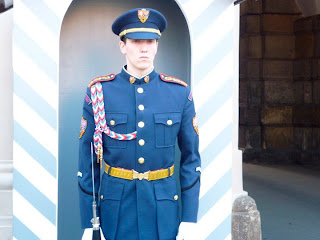 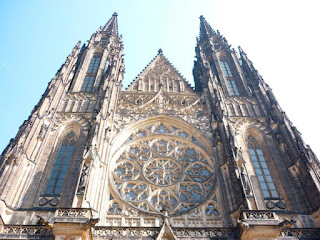 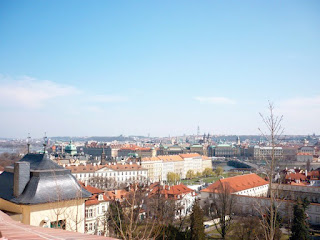 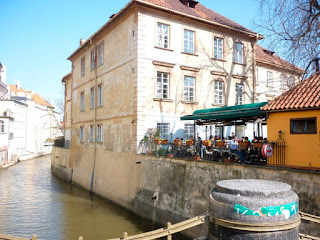 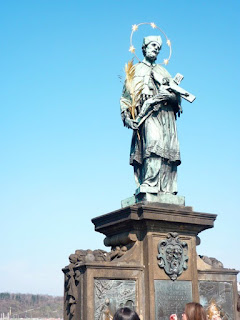 The lucky statue of St.George on the Charles Bridge 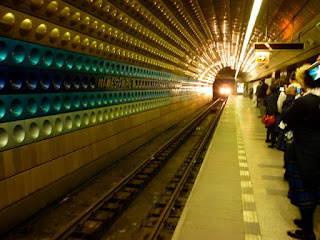 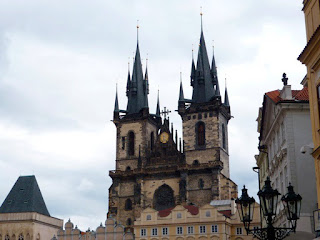 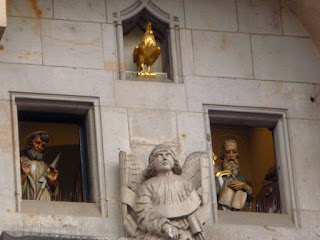 The figurines coming out of the clock tower! 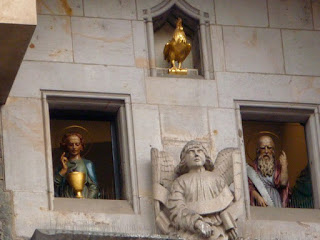 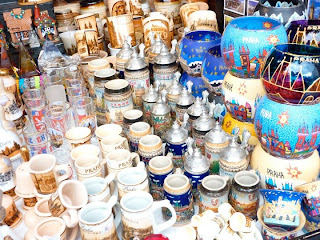 Some of the amazing souvenirs you could get at the market, I bought one of the small beer cups haha. 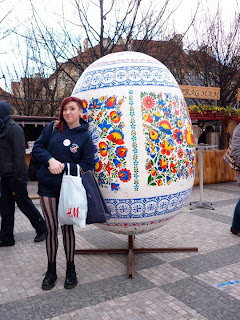 Me and the giant egg! 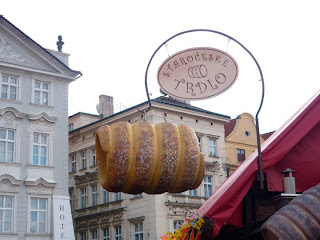 A sign for the traditional pastry's they had at the market, they tasted amazing! 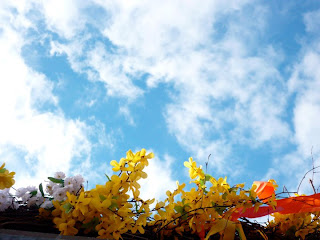 I'm really proud of this pic I took :) 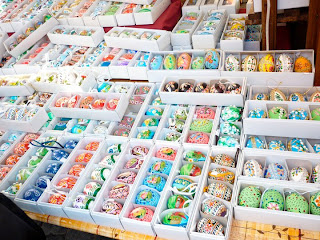 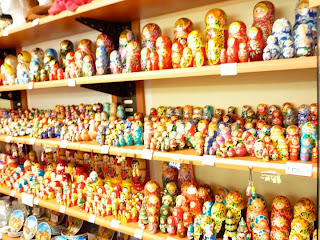 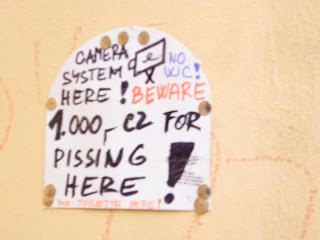 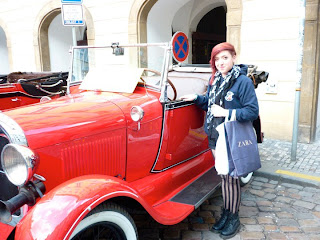 I was obsessed with those cars! They brought people around on city tours. 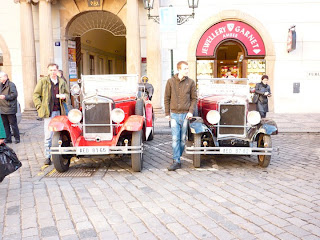 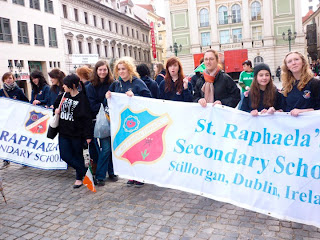 Our choir during the parade! 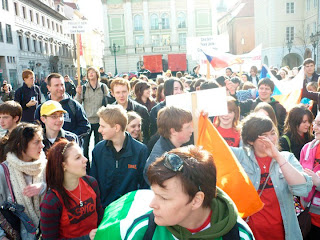 Some other choirs and orchestras in the parade. 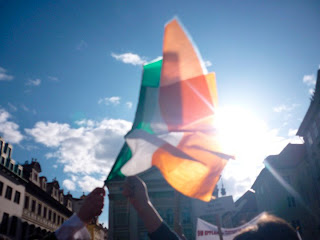 I took this by mistake, and I adore it! 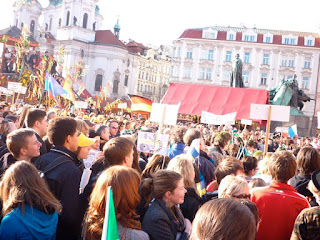 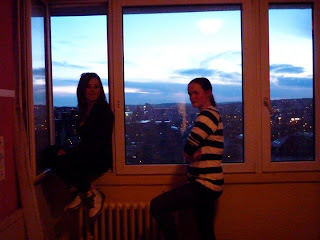 Our room was on the 11th floor and Ciara sat OUT of the window, smoking. If someone paid me I wouldn't. :L 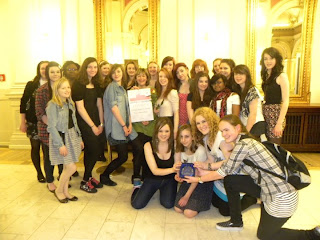 Our choir after we won our award!
Labels: prague